Black History Month 2023: History, Facts and How to Celebrate

Black History Month 2023: History, Facts and How to Celebrate

Black history month like the name suggests is a month set aside for the celebration of black history, black people, and black culture.

Black history month is also known as African American history month mainly because the idea to celebrate black history originated from and was first officially adopted by the United States followed by Canada where it is celebrated in February but recently the United Kingdom and Ireland have also joined in this celebration which they observe in October.

If you’d like to know more about the history of back history and how it has evolved over the years, you’re on the right page. Here’s what we’ll be discussing in this article:

Long before black history month came into existence, there was the “Negro History Week” which was observed on the second week of February 1926. The Negro History Week was organized by the Association for the Study of Negro Life and History (ASNLH) and chaired by Carter G. Woodson who after attending the Lincoln Jubilee in 1915, initiated the idea to celebrate African Americans all over the country.

The first Negro History Week was met with a lukewarm response with the only support for the event coming from the department of education in a few states like Delaware, North Carolina, and West Virginia. Other city school administrations from Philadelphia, Washington DC, Baltimore, and New York also showed support. At the launch of the Negro History Week, Woodson campaigned for teaching black history in schools, stating that it was essential to ensure the physical and intellectual survival of the black race within broader society.

By 1929 and through the 1930s the Negro History Week grew in popularity and many mayors across the United States endorsed it as a public holiday.

Fast forward to February 1969, a group of black educators and Back United students at Kent State University came up with the idea to celebrate Black History Month. And a year later in 1970, the first ever back history month took place at Kent State from January 2 to February 28.

Six years down the line and Black History Month is being celebrated across the country in schools, and community centers for black culture.

Meanwhile, in the United Kingdom, the first time the people got together to celebrate Black History Month was in October 1987 in London which was led by Akyaaba Addai-Sebo, a Ghanaian analyst who initiated the idea to recognize the contributions of African, Caribbean, and Asian people to the economic, political and cultural life in the UK.

And together with a few others, Addai-Sebo was able to set the foundation for making October the official Black History Month in the UK.

In Canada, February became recognized officially as Black History Month in 1995 after a motion was moved in Canada’s House of Commons by Jean Augustine.

Lastly, Ireland’s idea to start celebrating Black History Month was initiated in a place called Cork in 2010, which coincidentally used to be the leading center of slave abolition in the 19th century.

From the simple idea of Negro History Week in 1926 till date, the celebration of Black History Month has evolved over the years to become something that is now celebrated in many countries around the world.

In 2018, Instagram created its first-ever Black History Month program featuring a lot of initiates like the #BlackGirlMagic which it partnered with Spotify, and the #CelebrateBlackCreatives program which reached more than 19 million people on the platform. By 2020, Black History Month has become recognized beyond school walls and is now globally celebrated in theatres, museums, and workplaces.

Woodson’s organization is now known as the Association for the Study of African American Life and History (ASALH) and each year they assign a theme. The theme this year 2023 Black History Month is “Black Resistance” which sheds light on how Blacks have resisted oppression throughout the years. From lynching, and racial discrimination to police killings.

From the likes of Martin Luther King and Harriet Tubman who actively fought for Black emancipation to younger generations of men and women in diverse fields breaking world records and setting the Black race on the front pages of newspapers. We have the likes of Barack Obama who became the first black president of America, Marsai Martins who became the youngest person to ever executive produce a studio film and Serena Williams who has won 23 major singles titles, which is more than any man or woman ever has in the history of tennis.

Indeed every black person is worth celebrating but being a brand that caters to the needs of black women, we’ve specially handpicked a few notable figures who we feel are worth celebrating in this year’s Black History Month such as Maya Angelou, Nina Simone, Steve Harvey, Oprah Winfrey, Chadwick Boseman, and Kobe Bryant to mention a few. For a more detailed list check out our article on Top 65 Women Who Are Magical.

Impact of Black Culture On Society 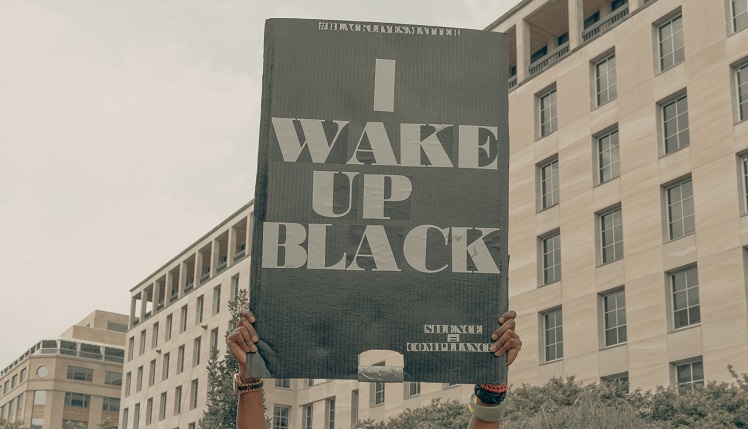 Black culture refers to the contributions of African-Americans to the culture of the United States and their influence on various aspects of society, including art, music, literature, and politics.

The Black Culture also known as African American culture is a combination of African cultures and European culture. Black culture stems from West Africa and Central African cultures of slaves that we brought in from these regions into America. Being slaves, even though they were not allowed to practice their traditions, they still held on to some cultural beliefs and values which over the years have been blended or modified with European culture, giving birth to what we now know as Black Culture.

The influence of black culture can be felt in the music industry, especially in the creation of different music genres like R&B, Hip-hop, and Rap. This musical influence dates back to when African-American slaves on southern plantations created their musical style which later evolved into gospel, blues, and what we now know as bluegrass and country music. Early Black musicians like Stevie Wonder, the Jackson 5, and Smokey Robinson also set the gold standard for younger generations of black singers like Whitney Houston, Michael Jackson, Chris Brown, Lil Wayne, Beyonce, Rihanna, Sza, Megan Thee Stallion, Nicki Minaj, and Lizzo to mention a few. And more recently we have the Afrobeats originating from Nigeria in Western Africa popularized by the famous Fela Kuti, and Amapiano from South Africa.

In the world of arts, Blacks have always been trendsetters in fields like bronze and wood sculpting, with the famous Queen Idia bronze head from the Benin Kingdom dating back to the 1940s. Blacks in West Africa have also contributed to fashion and are well known for their tie and dye skills in making beautiful patterns in clothes. Examples are the Kente, Adire, Asoeke, Kaftan, and Danshiki. In written and visual arts, we have authors such as Zora Neale Hurston who was a prominent figure during the Harlem Renaissance. Alongside poets like Claude McKay and Langston Hughes whose works described the experiences of African-Americans building the foundation for contemporary writers like Chimamanda Ngozi Adichie.

When it comes down to politics, Black has struggled to have their voices heard and their impact can be felt all through the years, from Harriet Tubman, Martin Luther King, and Nelson Mandela. These are human rights activists who openly stood against the political oppression of European masters. The Harlem Renaissance was also a time when African-Americans noticeably got involved in politics. During this time some notable political movements were formed such as the  Universal Negro Improvement Association, and the National Association for the Advancement of Coloured People. In the 1960s and 1970s, there was also the Black Power movement which took off after the non-violent Civil Rights Movement, as a means to promote racial and ethnic pride. This also brought about the “Black Arts Movement”  which embraced black artists and their artwork.

Another significant milestone for blacks all over the world was when Barack Obama was elected into office as the first Black president of the United States of America. Seeing a black man in the white house but even before then, African Americans have been voting and elected into public offices since the passing of the Voting Rights Act in 1965. 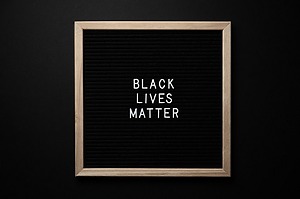 Decades after slavery was abolished and yet racial inequality and discrimination are still the number one challenges faced by Black people in America and most European countries. We can see this in instances such as racial disparities in sentences, institutional racism, lower access to health care, higher rates of poverty in Black communities, and racial profiling by white police officers, take for example the recent incident with Goerge Floyd and another innocent black whose lives have been cut short by racist white policemen for no just reason.

Other social issues plaguing blacks include:

How To Celebrate The Black History Month In Schools and Workplaces

Despite the struggles and challenges we face, Black people are strong and will continue to overcome in the face of societal trials. Hence the saying “Black don’t crack”.  In honor of our past and present heroes, here’s how you can celebrate this year’s Black History Month in your school and workplace.

#1: Play Black History Month Trivia: This is a fun and educative game perfect for both students and staff. The idea of this game is to reward players who know a lot about black history and at the same time educate those who don’t. The game will cover various topics such as history, entertainment, and sports. Plus it could be virtual or physical depending on what your team prefers.

#2: Send a Care Package of Black-created Products: This right here is my personal favorite. There is no better way to celebrate Black History Month than sending your friends, colleagues, and loved ones customized care for black-created products. You can add a box of snacks, self-care products like lotions, perfumes, candles, or any other thing you feel would leave a smile on their faces. But if that feels like too much stress, we’re here for you. Check out our range of black girl magic boxes

#3: Patronise Black-Owned Businesses: You can decide that for February, you’ll patronize more black-owned businesses around you. For example, you could get your makeup products from Fenty Beauty owned by our beloved Riri.

#4: Create a Book Club For Black Authors: Great for schools, you can organize a book club where you get to read books from black authors and learn about black history and art.

#5: Send Messages About Black History: If you run a company and have black people as part of your workforce, you can make them feel appreciated by sending weekly messages about Black History.

#6: Take A Tour To Significant Historic Sites: As a class teacher, you could plan a trip with your students to certain historical sites in your city. This will help them learn and appreciate black culture and heritage.

#7: Create Customised Black History Month Content On Social Media: Want to get more visibility for your products or services? Get creative and come up with content on different topics you can share on social media throughout Black History Month.

#8: Plan a Workshop: Organise a workshop, and bring in speakers to speak to your employees about civil rights, race relations, and other Black identity-related topics.

#9: Volunteer or Donate To A Charitable Cause: You can also donate to a charitable cause or if you don’t have the money, try to volunteer for one.

Some people may kick against the idea of choosing just one month to celebrate Black history and culture, which they see as another means of segregating and objectifying Blacks. But I like to look at it this way, if we can have special days for Thanksgiving, Independence Day, Christmas Day, Women’s Day, Girl Child Day, and all other special holidays, why can’t we have a special month to remember and appreciate our past and present heroes? Black history and culture are worth celebrating.